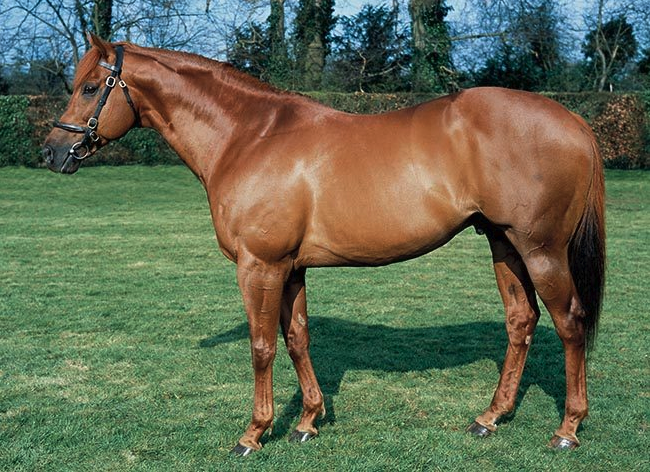 A lie told often enough will eventually be passed off as truth.

On that basis I like to look at some common truisms and interrogate and quantify just how true they are. One such truism which I interrogate in the following article is the influence of Pivotal as a damsire. I’d looked at this several times before for my own personal reasons but felt it was appropriate to give over some time to a deeper dive and in so far as my findings are of interest, share them with you for your own reading pleasure.

By Polar Falcon, thus tracing back to Northern Dancer, Pivotal was bred and raced by Cheveley Park Stud. In total Pivotal raced six times under the care of Sir Mark Prescott. He finished 9th on debut in a Newbury maiden in October of his 2yo career and before the three week anniversary of that debut had passed he had returned twice more to the track. He broke his maiden at Newcastle on his second start and followed up in a conditions race at Folkstone to complete his 2yo career. On return at 3 he won the Kings Stand (then a Group 2), finished mid division in The July Cup and on his sixth and final start he led in the final stride of The Nunthorpe to depart to stud as a Group 1 winner.

Throughout his time at stud Pivotal has been an outstanding source of success with no less than 30 Group 1 winners. Kyllachy, Captain Rio, Brando, Maarek, Excellent Art, Lightning Spear, Sariska, Peeress, Halfway To Heaven and on and on and on. Countless tough sprinters and myriad fabulous fillies in the distinctive silks of Cheveley Park.

However, when you mention Pivotal the conversation tends to move with ease towards his prowess as a damsire. Farhh is consigned to a distant memory, the recent international exploits of Addeybb borrow none of your breath and you’d probably have to bump into the owner of Final Approach in The Boars Head public house before you’d learn that Pivotal has sired the winner of The Country Hurdle at The Cheltenham Festival.

Hs exploits as a damsire are well founded. Dual classic winner Love is the most recent advert. Cracksman, Magical, Advertise, Mayson and on and on and on.. I’ll include a table of his best performers at the end of this article for your reference and we will step through them based on the sire before then.

However, for all the conversation and conjecture it seems the best way to understand his influence as a damsire is to quantify it in numbers. There are several ways of approaching this task but I have chosen to use Racing Post Ratings (RPR). In each instance I will take the maximum RPR achieved by each horse out of a Pivotal mare and use that as the measurement value.

What I then do is look at population data of the sires that have had a Pivotal damsire cross and compare that to the subset within which are racehorses ex Pivotal mares. For the purpose of this work I have taken a look at all races in UK and Ireland from Jan 1st 2010 to the present day.

Now that I have hopefully explained my methodology the best starting point is to look at the total population as a means of explaining it in practice, which should be much easier.

That’s an uptick not to be sniffed at however, while it is meaningful it is still a reasonably blunt form of analysis. We do know that not all fools are made equal so the next step is to understand what nicks perform better than others. I am going to set a minimum of 5 crosses by a sire to allow it to fall into analysis, I will however, take a cursory glance at those with 4 or less at the end and pick out anything of interest within that group.

I will break this analysis into 6 Groups

At the risk of boring you to death here is a short explainer of the columns and what the data contained within means exactly. Remember, I am examining only from Jan 1st 2010 to present and the data is only from that period.

I am going to start with a truthful generalisation here. Pivotal performs best with stallions who are speed influences. The performance of FastCompany (+19.6lb / 29.7%) and Monsieur Bond (+18.6lb / 32.8%) is close to astounding and in the case of Fast Company there is probably only a handful of unraced horses on the ground who will represent that nick again.

That may seem a little repetitive and laborious but as they were stallions in the elite group I felt each were worthy of note. I will be more selective on further commentary.

This looks an awful lot like good sires being made better, which of course is no mean feat and serves as further endorsement of the prowess of Pivotal as a damsire. The obvious starting point here is with the Daddy of them all, Galileo.

7 of the 9 Dubawi (+7.8lb / 9.3%) are winners with the best runners, Intimation and Prince Eiji, being rated 110 apiece with the former being the only stakes winner from this cross.

Exceed And Excel (+7.2lb / 9.7%) is the surest source of winners with 19 of the 22 runners recording a victory but only Pepper Lane (111) and Marenko (105) break the 100 barrier. Perhaps somewhat disappointingly for such a strong nick, Marenko appears to be the only stakes winner.

Oasis Dream (+3.1lb / 3.9%) has the same stats as InvincibleSpirit. They are eerily similar in profile in terms of performance numbers but just 13 of the 24 runners by Oasis Dream recorded a victory with Dreamfield (113) recording the highest performance rating for finishing 6th in the July Cup behind U S Navy Flag having previously finishing 2nd in the Wokingham when recording (111)

Amongst the others on the list only Lawman (+4.7lb / 6.7%) earns a mention through the exploits of his St Leger winning son, Harbour Law (116). 13 of his 18 runners have recorded victory.

This group is most noteworthy for volume over performance along with some power stallions being average matches at best for a Pivotal mare.

Dutch Art (+1.9lb / 2.6%) is the stallion with the most exposure to Pivotal mares, which is hardly surprising given that they have both been lifetime residents of Cheveley Park Stud. This combo had 67 runners in the period under review and Pivotal mares accounted for 13.5% of all Dutch Art runners.

A few power stallions appear on this list with influence akin to the shrug of the shoulders as Pivotal lends little to no weight to what were surely highly anticipated matings. Dark Angel, Iffraaj, Sea The Stars, Lope DeVega and Shamardal are the biggest names in this group

There are only 4 stallions in this group and the one that sticks out is Kingman (-3.9lb / -5%) which has been represented by 5 winners from 9 runners with Roseman (117) the only one to break into 3 figures. Having won a listed race last autumn he has plied his trade in Grade 1 races ever since so it is likely a matter of time before he becomes the first stakes winner for this cross. I’d have little doubt that Kingman will have plenty more opportunity to correct the record in the near term and it will be interesting to watch this relationship with interest.

The theme here is young stallions with limited data performing well when exposed to Pivotal mares. Night Of Thunder is the supersire in waiting and with 1 runner and significant upgrade the next runners from this cross will be closely scrutinised.

The interesting thing for me was a few sires which are struggling commercially might have a life off this cross. Ivawood, Muhaarar, Brazen Beau and Gleneagles fall into that category. Muhaarar is an interesting sire as his runners are getting better with time and distance – it’s likely he is misunderstood – he was likely a miler who ran over 6f.

Kodi Bear and Mehmas are the first season sires showing upgrade but there is a long way to go in the story of both those sires.

The ever dependable Starspangledbanner shows significant upgrade from 3 runners again pointing towards the need for speed to reap the best from the cross. Sea The Moon and Bungle Inthejungle also get a tick. Sea The Moon looks like making into a very significant sire while Bungle Inthejungle is a solid source of good and fast runners from his first crops and we now await his more expensive crops in the coming years in anticipation of him moving up levels.

The most disappointing cross is Dandy Man with 1 meaningful runner from 4. This flies in the face of the theory that a fast stallion operates best with Pivotal but as we know, thankfully, this is art not science.

So there you have it folks. The chatter is, as we already knew, very well founded. Pivotal is certainly a damsire of vital and critical importance. No matter how good, it seems he can make it better. Some are better than others, some are disappointing, many more are to be followed with keen interest. To finish, for your perusal I have included below a table of all runners ex Pivotal mare rated 100+.

If you spot any mistakes please let me know. If you've got some feedback for me I would be delighted to hear it. 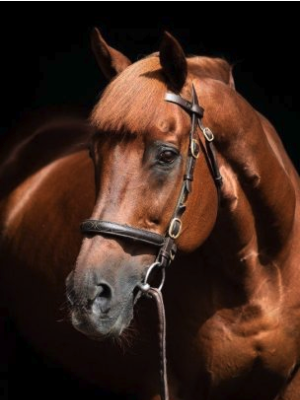 A lie told often enough will eventually be passed off as truth. On that basis I like to look at some common truisms and interrogate and quantify just how true they are. One such truism which I interrogate in the following article is the influence of Pivotal as a damsire. 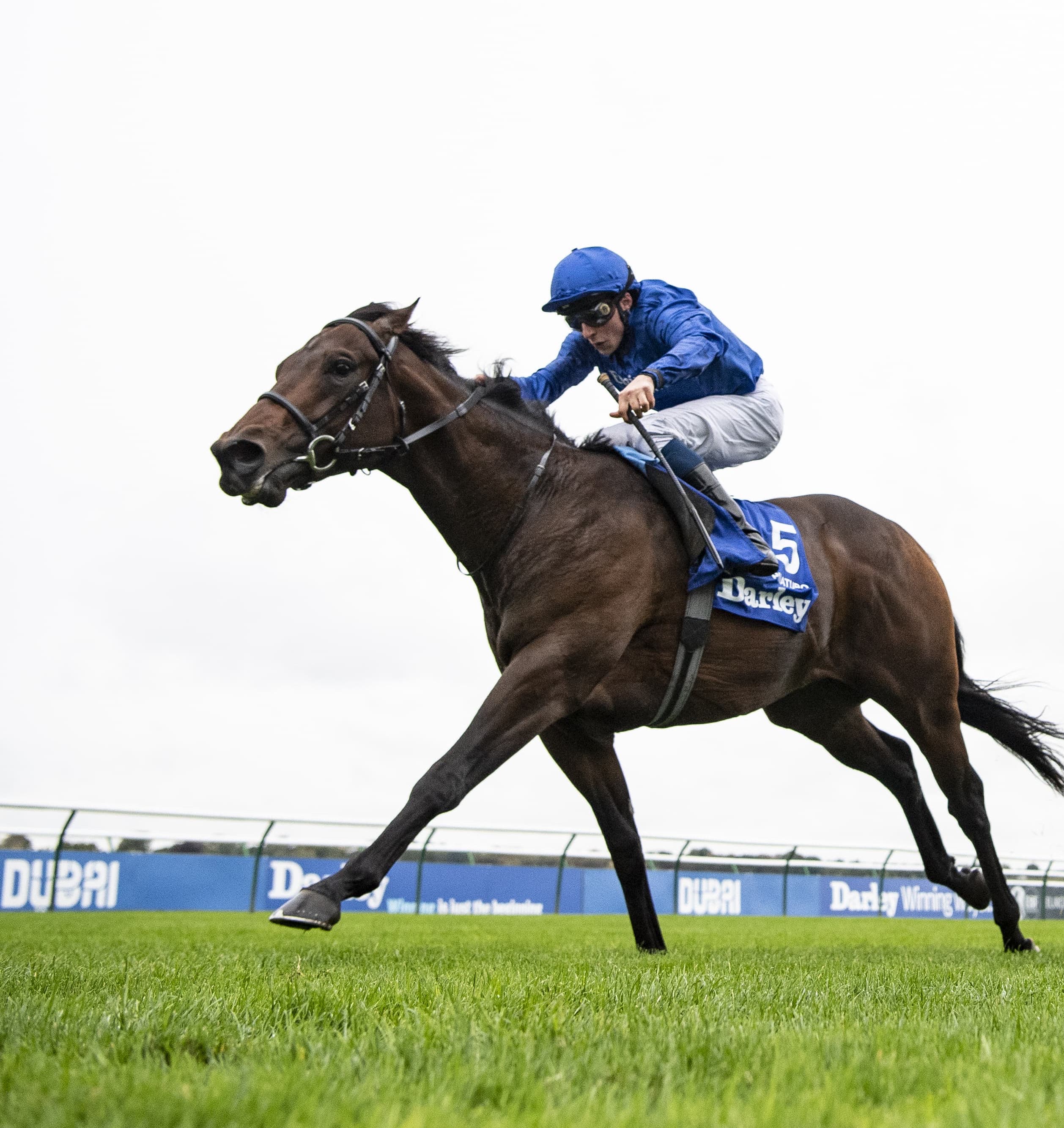 Keep up to date with everything

Thank you! Your submission has been received!
Oops! Something went wrong while submitting the form.